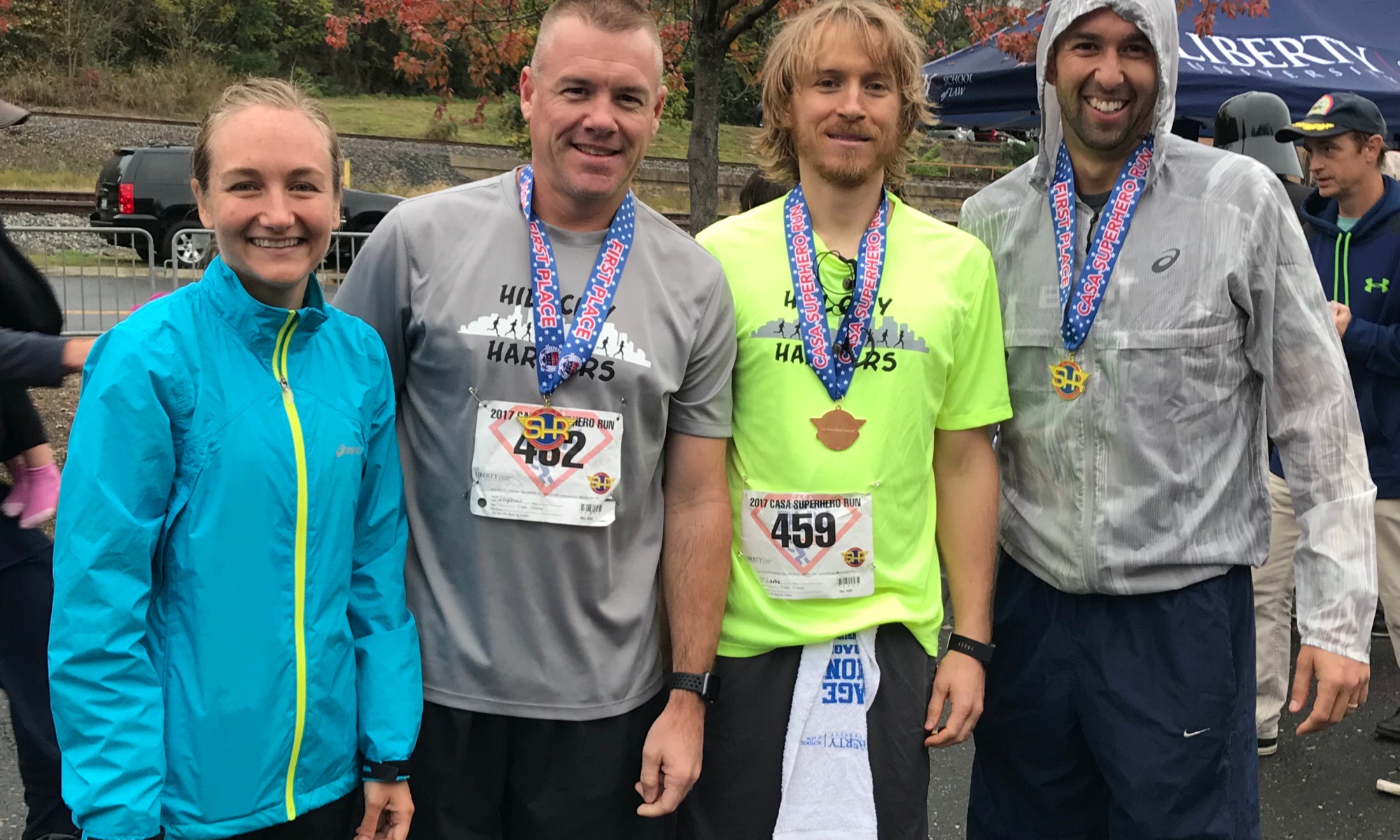 Ahoy hoy! Saturday afternoon isn’t generally my normal blog post time, but sometimes you just can’t wait. Today has been SUCH a good day! My 2 oldest kids and I ran the CASA Superhero races this morning and I’ll start by saying things went well. I ran the 5k and the kids ran a fun run that I believe was around 3/4 of a mile. After the race, it’s been nothing but chilling at the house. Charlie and I have been playing old school Nintendo Tecmo Super Bowl and Paperboy. I finally have a kid that can give me a challenge at video games! I’ll spare you the video game details and stick to running.

Kayli, my 10 year old daughter, has been on-again/off-again with running. She ran a sub 8 mile a few years back and I thought for sure I had myself a little track star to mold. Shortly after that, she just kind of lost the drive to run that fast. She loves being active usually by playing soccer but as many of us know, it takes a certain drive to be a fast runner. You have to want to suffer, because running fast is suffering. Heck, distance running at all is suffering.

Charlie didn’t even want to run this race, until I mentioned that he would get a goodie bag that included a cape! That got him going 🙂

The kids did an AMAZING job. Kayli came flying back in as the first kid to finish. She looked like she was hardly even working! The good news is that she’s been bitten by the running bug again. She asked me what the AG award times were for her age in the 5k and she thinks she can work to run those times next year. I’m pretty excited 🙂

Charlie trucked in as the 3rd kid to finish. He looked so focused and I could tell that he was working hard. I was very proud of him for continuing to run hard. Kids his age usually have no trouble calling it quits at the first sign of struggle. 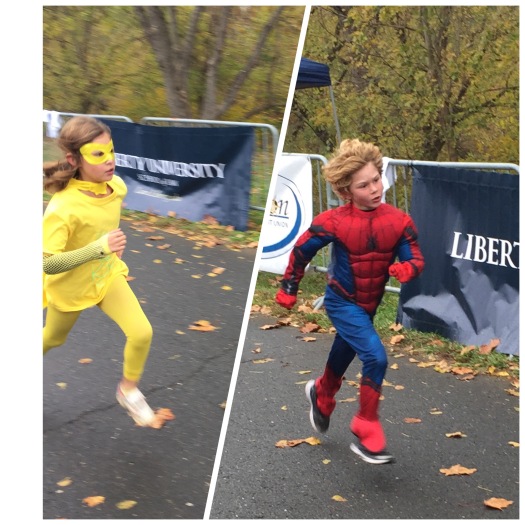 As for me, I wouldn’t have signed up for this one if not for the kids and my employer’s generosity (they paid for all of us). I honestly didn’t like the idea of running a race one week before my goal race (Richmond marathon). My original plan was to run most of my scheduled 10 mile long run before the race and use the race to finish it. That way I couldn’t do anything too crazy. The closer we got to race day, the more I wanted to at least race a little. I asked a few runner buddies if they they thought it would be too crazy to switch my Thursday Tempo (which was 3 fast miles, what a coincidence) and my Saturday long run so that I could run the race at a fast speed. The consensus was that the switch would be ok.

My plan for this morning’s 5k was just to do what felt right. I gave myself license to run fast, but to try not to do anything crazy. I had a great night’s sleep, a good breakfast, plenty of pre-race bathroom breaks and good weather (cold but not TOO cold). With so much going my way but Richmond in the back of my mind, I really didn’t know what to do.

Off we went! The pack started out a bit on the slow side in my opinion, so I decided to take the lead. First mile: 6:04. The part of my brain that cares about Richmond said, “WHAT ARE YOU DOING?!” I felt good, but the time told me that I was being irresponsible about my taper. I slowed down to a 6:24 for mile 2. Common sense prevailed. I ended up being passed by a couple of guys (one of which being running buddy Ed, who got his first win!) and I was ok with it. I don’t think I could have kept up with them and I’m glad I didn’t try. I ended up getting passed by one more guy, which I’ll admit burned me a little. For one, he’s older than I am so I feel like I should beat him. Second, I hate 4th overall. Part of me wanted to go ahead and try to outkick him, but again common sense prevailed. I’m as shocked as you are.
My 3rd mile was close to my 2nd mile as far as pace goes, until I was close enough to see the clock. I couldn’t break 19 like I’ve wanted for a long time, but I COULD get a PR! I sprinted hard to make sure I would get it. I was so happy!

I somehow managed to PR without getting too crazy. I really feel like I didn’t overdo it in any way as far as my effort. I’m super confident about Richmond now. I AM READY.

Much of the gang had a great race. Medals for everyone!

Ben checked my medal to make sure it was real.

It was a good day to be a Birnschein! I was so proud of these kiddos.

Anybody else get any PRs while training for another race?